A seafood e-commerce forum was held in China on the 27th November 2019 with seafood companies, restaurants and e-commerce companies attending.  According to data from the Chinese Ministry of Commerce, there were 390 million seafood e-commerce transactions in the first half of 2019, worth 17 billion RMB, up by 22.9% from the previous period.

The top province in value was Jiangsu Province, worth 6.8 billion RMB, accounting for one fourth of the country’s total, followed by Shanghai City, Shandong Province, and Liaoning Province.

The current bottlenecks in China are low levels in standardisation, brand development, cold chain; imperfect credit and transaction systems and high costs in logistics.  It was suggested at the forum to combine e-commerce with recreational fisheries and the catering industry and to promote seafood through videos, WeChat, and Weibo, and develop cross-border e-commerce.

The forum concluded that:

At present, the live and fresh food cold chain by Jingdong covers 300 cities throughout China. The seafood sale volume by Jingdong has grown over 50% annually since 2016, which has doubled in comparison with the average industry growth level. Up to now, Jingdong live and fresh business has introduced more than 500 seaf 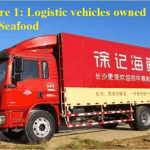 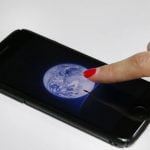