After 20 years in operation, Singapore’s well-known Chinatown Food Street has closed due to a lack of local and tourist customers. The site was home to popular seafood eateries Katong Keah Kee Fried Oysters and Boon Tat BBQ Seafood. Read more about the closure of this iconic foodie destination on the Straits Times website here.

This is bad news for Australian tourists planning to visit when the Australia-Singapore travel lane opens on 9 November: “The link will enable fully vaccinated Australian citizens, permanent residents and their family members to fly to Singapore and back without quarantining, although they will initially be able to land only in Sydney and Melbourne with other states yet to flag a reopening.”

The Singapore government announced on Tuesday night that it was opening up new vaccinated-only travel lanes with Australia and Switzerland, adding to 10 previously established arrangements with European countries and the United States and another soon to open with South Korea.

The link will enable fully vaccinated Australian citizens, permanent residents and their family members to fly to Singapore and back without quarantining, although they will initially be able to land only in Sydney and Melbourne with other states yet to flag a reopening.

Beyond that, students from Singapore and travellers on business are expected to be able to use the travel lane “after Australia has finalised the arrangement for their entry”, the Civil Aviation Authority of Singapore said.

“But we also recognise that every country has to make its own assessment of its circumstances, both in terms of infection rates, vaccination rates etc. What we would want to do is make sure these initial arrangements work well so that both sides have the confidence to do more and facilitate travel for a wider group of travellers.

Prime Minister Scott Morrison indicated last Friday that Australia would provide early access to re-enter the country to Singaporean students under a deal proposed by Singapore counterpart Lee Hsien Loong when Morrison stopped in the city state in June en route to the G7-plus summit in England.

Along with business travellers from Singapore, they stand to represent the first significant group of international arrivals to Australia, apart from those entering from New Zealand, since the country’s borders were closed in March 2020.

Entry to Australia for those visa classes, however, is not signed off yet. “Details for this arrangement will be announced by Australia later,” the Civil Aviation Authority said.

While the Australian corridor is different to the other 12 Singapore has set up in that two-way travel is not available to anyone, Iswaran described it as “significant” because Australia had previously been open only to New Zealand. 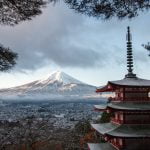