A study of China’s seafood sector suggests Chinese demand for seafood is overstated and that China’s reexports account for 75 percent of the country’s seafood imports.

Authored by a joint U.S.-Norwegian group of academic economists and scientists and titled, “China’s seafood imports – Not for domestic consumption?” the report found China’s seafood-processing sector, based on low cost and scale accounts, threatens the sustainability of the seafood industry elsewhere by facilitating mislabeling.

“[This] largely contradict[s] the narrative that Chinese domestic demand is driving massive Chinese imports, because imports are positively correlated with economic and population growth, although some imported species like Atlantic salmon primarily go to the domestic market,” it found.

China’s processing of wild-caught fish for reexport outcompetes processing in other parts of the world in a way that resembles China’s success in manufacturing more broadly, according to the report, which was published in Science in January 2022. The report calculates that 11 percent of global seafood trade consists of product counted as an import to China and then as an import to the country to which it’s shipped post-processing.

Only a few species produced by China are primarily export-oriented, including sardines, mackerel, octopus, and tilapia, “and a few species are primarily imported for domestic consumption, such as Atlantic salmon, or as in the case of blue whiting, most likely exported under a different name.”

The report points out that China’s exports of cod and haddock are 35 percent higher than its imports, suggesting substitution by a “cheaper whitefish such as blue whiting, for which there are no recorded exports.”

The enormous scale of China’s processing for reexport operation creates space for mislabeling and cover for illegal, unreported, and unregulated (IUU) fishing, the study found.

“Exports [from China] as a share of combined imports and production exceed 100 percent for some higher-valued species such as cod and haddock, providing evidence of mislabeling,” it said. “A study of various species revealed, for example, that 57 percent and 39 percent of China’s Pacific salmon imports originate in the U.S. and Russia, respectively. This is crucial for seafood sustainability because the processing stage is an opportunity for seafood mislabeling with respect to country of origin and species.” 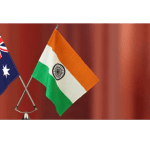