Western governments have announced plans to impose punitive tariffs on Russian trade to further isolate Moscow from the global economy after the invasion of Ukraine.

In a development aimed at ratcheting up the pressure on Vladimir Putin, the G7 group of wealthy nations said it would strip Russia of “most favoured nation” (MFN) status under World Trade Organization (WTO) rules.

Setting out tougher measures in response to Putin’s military aggression in a joint statement on Friday, the G7 said a “broad coalition” of WTO members were preparing to revoke important benefits of Russia’s membership. The G7 is formed of the US, UK, Canada, France, Germany, Italy and Japan.

“We are united in our determination to hold President Putin and his regime accountable for this unjustified and unprovoked war that has already isolated Russia in the world,” the group said in a statement.

Such a move would mean imposing tariffs – border taxes paid by importers – on Russian products such as vodka and other goods. Designed to raise the price of goods to discourage trade, tariffs hit exporters but can also add to consumer costs.

Read more on The Guardian here. 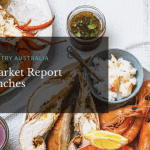 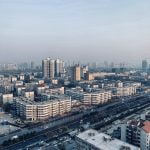