Huanan Seafood Market is not the source of COVID – 19

On 23 February 2020, The Voice of Medicine in China forwarded an article written by SUN Tao of DeepTech that the Huanan Seafood Market in Wuhan City China is not the source of COVID – 19 (coronavirus).

It was suggested that the virus of COVID – 19 of the Huanan Seafood Market came from elsewhere. This conclusion is based on the evidence of genome sequencing by the research team of the Chinese Xishuangbanna Tropical Botanical Garden.

Below is Picture 1 of the genome data analysis.

YU Wenbin of the Botanic Garden told DeepTech that the analytical methodology is based on population genetics.

The above research of the Botanic Garden was jointly conducted with the South China Agricultural University, and Beijing Neurology Center, and was released on ChinaXiv, the platform for the scientific theses of the Chinese Academy of Sciences on 19 February 2020. 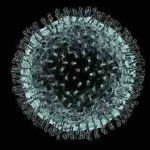