Seafoodsource.com reports Chinese seafood processors are renegotiating their contracted prices due to rising costs for raw imported materials and freight. Port delays due to increased Covid-19 testing measures and suspensions of major overseas suppliers in India and Ecuador are added complications.

China’s seafood importers could be looking at price rises due to port congestion and higher freight costs, according to a Siam Canadian executive.

Most Chinese processors are renegotiating their contracted prices due to rising costs for raw materials and freight, according to Landy Chow, the general manager of Bangkok, Thailand-based seafood trader Siam Canadian Group’s Guangzhou office.

Current port congestion due to COVID-19-related shutdowns have meant it now takes up to four weeks to get products through Chinese customs, compared to about three days in pre-COVID times, according to Chow. Traffic through Chinese ports has slowed due to stricter disinfection requirements. One of China’s busiest ports, Ningbo, went into partial shutdown this month after a COVID-19 case was reported at one of its terminals.

Ports have been ordered by China’s Transportation Ministry to assign special teams to deal with foreign vessels. Foreign crews must have health certificates or negative tests before allowing them to load and discharge cargos, with particular attention being paid to cargo from countries with high levels of COVID infections.

The delays mean “the importer has to pay quite significant demurrage fees,” Chow said.

“My packers based in Dalian said that they have to pay USD 3,000 to USD 4,000 [EUR 2,580 to EUR 3,440] as demurrage for the hake fish they imported as raw material for filleting. That means their production cost increased by 10 to 12 percent. As a result, they increased their price in U.S. dollar terms,” Chow said. “The factories [are] start[ing] to ask the customer to absorb the additional cost in case the contract is based on CIF [cost, insurance, and freight] terms.”

China’s imports of shrimp from India have been badly disrupted since April, when the South Asian nation began reporting record-high levels of COVID infection. Last month, several Indian seafood exporters were handed temporary bans from shipping into China after Chinese Customs declared it had discovered traces of COVID-19 on seafood packaging from those firms. The key southern port of Zhanjiang last month closed entirely to ships from a number of Asian countries dealing with COVID outbreaks, and similar delays due to COVID-19 inspections have been encountered by Russian fishing firms shipping pollock into northern ports like Dalian.

Even so, producers in India and Indonesia – which have also dealt with complications exporting product to China – have been exceptions in terms of raising prices, Chow said.

“Not many of the factories [there] ask for price increases because even if the ocean freight is going up, the raw material shrimp price is going down,” Chow said. “The reduction on raw material price might negate some part of the freight increase.”

Chow called on shipping firms to be restrained in their price increases, arguing they are disrupting global commerce.

“There is no sign of improvement on the current shipping mess,” Chow said. “We do hope that the shipping lines are not that greedy. Actually, they should take some responsibility to stabilize the ocean freight, instead of keep increasing the ocean freight to maximize their profit.”

Sara Shi, the sales and marketing coordinator at Dalian, China-based Rich Seafood, which exports to the U.S. and other markets, agreed that China’s cautious approach toward import inspections is causing prices to increase. Furthermore, inspection fees at ports have added to the cost of raw materials, according to Shi.

“Processing imports through the port takes a long time because of tight space at a centralized warehouse. Demurrage fees are also adding to costs.  This is making the seafood cost higher than before [pandemic]” Shi told SeafoodSource

You can find the full STAG Newsbites publication here, with all of the week’s top stories: 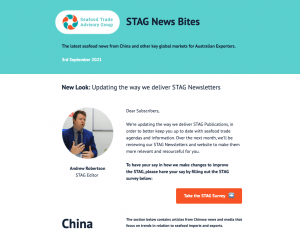 How can your product benefit from a branded approach to the China market?Chinese seafood market and trade, News Bites, Top 3, Uncategorized 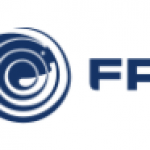