The Monterey Bay Aquarium Seafood Watch program, which advises on sustainable seafood choices, has placed American lobster on its ‘Red List’. The designation means consumers and buyers should avoid purchasing or consuming the product.

According to a report from tastingtable.com, ‘Seafood Watch added the U.S. American lobster fishery to the red list because it poses a threat to the critically endangered population of the North Atlantic right whale.’ Another report from USnews.com claims some US retailers are taking lobster off the menu. Read more here. The South China Morning Post reports that consumption of US lobster in Hong Kong will be affected. Read that story here (paywall).

The Maine Lobstermen’s Association says their traps are regulated in the United States to prevent impact on whales, claiming the industry had not had an interaction with right whales in nearly 20 years. Read more on industry’s response here. 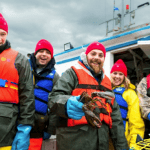 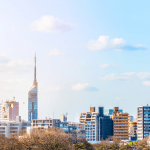