Image credit: WeChat Public Account (blog) written by a member of the public

(SOURCE: WeChat Public Account (blog) written by a member of the public)

As one of the regular dishes on the dinner table, everyone must be familiar with abalone. But if you are told that abalone may be facing an endangered dilemma, would you be surprised?

It needs to be explained in advance that some species of abalone are facing the risk of extinction, but there is no need to worry about the status of some species, such as the abalone cultured by the Chinese which is most commonly eaten. What we are going to talk about today is the former, a few wild abalones in an endangered situation.

Abalone is a general term for the species of the primitive gastropods of the family Mollusca. The definition of the number of abalone species has been controversial. The most comprehensive treatment method at present is that it is divided into 56 effective species and another 18 subspecies. In addition to the Atlantic coast of South America, the Caribbean Sea and the east coast of the United States, abalone is distributed in the coastal waters of all continents. Among them, the majority of wild abalones are distributed in the cold water of New Zealand, South Africa, Australia, western North America and the coast of Japan.

There are not many wild abalone species, and their status is not optimistic.

Different kinds of abalone have different reasons for the reason why they are endangered. They can be summarised as:

In the early 1970s, California started commercial fishing of white and black abalone, which reached its peak in the mid-1970s. However, due to the sharp decrease in abalone population, it was severely restricted in the 1980s and 1990s, and the management department adopted restrictions on fishing abalone size and season to reduce the number of abalone harvested. But even with these protective measures, the number of wild abalone has been greatly reduced due to commercial fishing, and the ability to restore populations has also been severely hit.

The situation in South Africa is overwhelming.

However, blindly restricting fishing without taking other corresponding measures, has had little effect on abalone poaching. Behind the South African abalone poaching, a huge and complex trading chain and sales network is hidden. The government’s quota system has been ineffective, and it is simply incapable of cracking down on overcrowding.

During the breeding season, male and female abalone expel sperm and egg respectively, and the egg meets the sperm in the sea to be fertilised and developed. However, after a large amount of human fishing, the population density of wild abalone is so low that the encounter of sperm and egg becomes more difficult. In this case, the possibility of abalone breeding in the wild is extremely small.

In this way, a vicious circle is formed, which causes the recovery process of wild abalone to be extremely slow.

(1) The rise in sea temperature may inhibit reproduction and embryonic development, exacerbate the spread of pathogenic microorganisms and diseases in the marine ecosystem, and reduce the number of abalone food, macroalgae.

(2) Abalones live in shallow coastal waters and are susceptible to chemical spills (such as oil spills). The spilled chemicals may directly kill or harm the abalone and destroy its habitat.

Protection of endangered abalone is imminent

For example, the South African government has long adhered to the policy of ‘equalising utilisation and protection’, simultaneously for fishing and aquaculture to ensure the sustainable development of marine fisheries.

The main methods they adopt are implementing fishing quota management and strictly restricting fishing quotas; focusing on bottom fisheries and deep-sea fisheries to protect relatively vulnerable offshore fisheries; encouraging multiple fishing methods and vigorously developing marine aquaculture. The emerging abalone industry in South Africa seems to be the way out for the next generation. The considerable market share of abalone export and the vision of “sustainable abalone” have spawned the rapid rise of the abalone industry.

In North America, in addition to restricting statutory fishing standards and increasing law enforcement, the US National Marine Fisheries Administration also conducts a five-year investigation of black abalone and white abalone under the Endangered Species Act (ESA) to collect relevant information based on the most reliable scientific data and commercial data available to ensure that the classification of their income bills is accurate.

How about wild abalone in China?

Let ’s first answer a question that many people are curious about — does China have wild abalone?

The answer is yes. Before the 1960s, there were wild wrinkled abalones in Dalian, Liaoning, Qingdao, Shandong, Changdao, and Rongcheng, etc .; Dongshan Island in Fujian, Naozhou Island in Guangdong, and Hainan had variegated abalone distribution.

However, due to overfishing, wild abalone resources have become increasingly depleted in just a few decades, and only a small amount of wild populations exist in parts of Shandong, Fujian, and Hainan. Even so, wild abalone in China has not yet been included as a protected animal, except for some special sea areas where there are no protective measures, which belongs to the edible category.

This creature that appeared on the earth hundreds of millions of years ago should have evolved together with humans, but it became almost extinct because of human desires. Human beings should reflect and take the correct action.

Fortunately, at present, China has established a national germplasm resource reserve of R. abundance in the waters of Changdao, Shandong. Its parents are all derived from the wild original species in the germplasm resource protection area, and they are propagated in the designated sea area by bottom sowing. An increasingly scarce wild resource is effectively protected.

Following that, you should know wild abalone is endangered. The main reason is still over-fishing. Proper fishing is legal and in accordance with natural rules. When the benefits of over-capture and over-fishing blinds people, the cost of violating natural rules will often be borne by humans.

For wild abalones that are endangered species, their population recovery is bound to be an arduous process. They survive steadily in an increasingly deteriorating environment. What humans must do is to provide help, not add to the problem. For the government, there must be strict control based on science; for each of us, giving up the gluttonous feast and economic benefits in front of us is a long-term consideration and a manifestation of respect for every life. 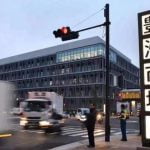 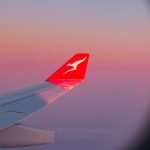