The European Union has postponed talks on the proposed Australia-EU trade agreement. Full details can be found in this report from The AGE

The European Union has postponed talks on an Australian trade deal amid anger at the federal government’s decision to scrap a mammoth contract with France to build a new submarine fleet, delaying the next negotiations until November.

Trade Minister Dan Tehan confirmed the delay as he heads to Paris to meet ministers from other advanced economies without gaining a one-on-one meeting with his French counterpart.

Trade Minister Dan Tehan says Australia and India will agree on an interim trade deal by the end of the year.

The European Union did not name the submarine controversy as its reason for delaying the 12th round of negotiations, which were due to start in October, but the move did not surprise Australian officials aware of the French fury over submarines.

Mr Tehan flies to Europe in the coming days after holding talks in New Delhi on Thursday to clear the way for an interim trade deal with India to be signed by Christmas as a step toward a final agreement next year.

The Trade Minister called the interim deal an “early harvest” on a pact that aims to expand a $24 billion trade relationship between India and Australia.

The EU deal is much larger, given about $80 billion in two-way trade between the two sides, with Australian imports making up three quarters of the total.

The EU is also Australia’s second-largest source of foreign investment, pouring $778.7 billion into the country in 2020 while Australia invested $338.7 billion in the EU.

“We have agreed to make sure that we will conclude the Free Trade Agreement between Australia and India by the end of 2022 and an early harvest trade deal by Christmas this year,” Mr Tehan said.

“Before the final Free Trade Agreement, India and Australia will [have] an interim agreement by December 2021. We have started discussing issues of logistics, country of origin.”

Australian officials expected the slowdown in the EU trade talks in the wake of the submarine decision, which abruptly cancelled a contract with French company Naval Group in favour of nuclear submarines from the United States and United Kingdom. 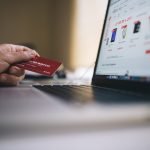 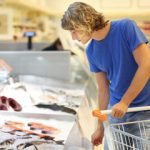